The Future of the World Intellectual Property Organization’s Development Agenda 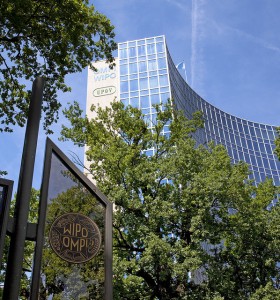 Will WIPO’s “Development Agenda” be a game-changer for the global knowledge economy, or will it fail to bring about fundamental reforms? That’s the question that I convened a group of academics, diplomats, activists, and industry experts to answer at a retreat outside of Geneva in 2010.

The Development Agenda for the World Intellectual Property Organization (WIPO) was proposed in 2004 to reinvigorate the operations of WIPO, given its mandate as a special operating agency of the United Nations (UN). Formal recommendations for reform were adopted in 2007, and implementation of those recommendations through various projects is now underway. Both optimism and pessimism still surround the prospects for successful implementation and sustainability of the Development Agenda. Whether the agenda succeeds or fails, however, the implications for global knowledge governance are likely to be significant. Challenges associated with implementation are therefore important to reflect upon and overcome.

Foresight into an array of alternative scenarios is not only warranted but necessary in order to cope with possible developments or, even better, to influence the future. Using the foresight research techniques of scenario building and backcasting, an expert working group met in Prangins, Switzerland, in March 2010 to discuss progress of the agenda’s implementation, and to identify a range of future possibilities and corresponding strategic actions, focusing on a medium and long-term view of the WIPO Development Agenda as a catalyst for sustainable changes in global knowledge governance.

This article on “Foresight into the Future of WIPO’s Development Agenda,” co-authored with Sara Bannerman, was published as  (2010) 2 World Intellectual Property Organization Journal 225-250, following after an independent peer review the of work. The article outlines analysis and insights regarding the Development Agenda accumulated over several years of research and meetings, culminating in that retreat. It highlights a number of priorities and possible research directions, particularly in the context of a transition in strategic focus from short to medium and long-term thinking about the impact of WIPO’s Development Agenda on global knowledge governance.

Through this expert working group, I was also piloting the technique of “scenario building.” Scenarios are an innovative foresight research method previously used in the private sector and by governments, but until recently, rarely used for serious scholarly research. The success of the method in this pilot workshop led directly to its large-scale implementation in the Open AIR (African Innovation Research) project. Learn more about Knowledge and Innovation in Africa: Scenarios for the Future through the Open AIR’s website, this comprehensive report, or these short videos.